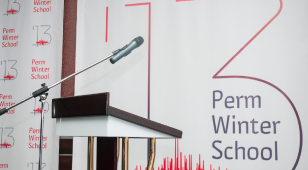 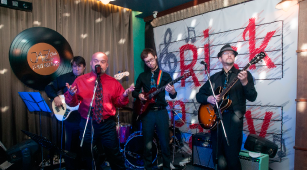 Dr Austin Gerig is a senior research fellow in the CABDyN Complexity Centre at Oxford University. He received his PhD in Physics and MSc in Finance from the University of Illinois at Urbana-Champaign. Before moving to Oxford, he worked as a Postdoctoral Researcher at the Santa Fe Institute and then as a Postdoctoral Research Fellow in the School of Finance and Economics at the University of Technology, Sydney.

Dr Gerig uses techniques and methods from the natural sciences to analyze social and economic systems. He is currently researching the nature and cause of extreme price movements in financial markets (such as stock market crashes) and also the origin of statistical arbitrage and high frequency trading in electronic markets. In addition, he is interested in finding ways to monitor and mitigate systemic risk in the financial sector.

Graduated from the Department of Mechanics and Mathematics of the Moscow State University named after M.V. Lomonosov.

Has over 15 years track record in the Gazprombank. Author of 200+ books, including 20 of them on rating systems, banking, controlling, modeling, and IT.

Fabrizio Lillo is Professor of Quantitative Finance at the Scuola Normale Superiore di Pisa (Italy), Assistant Professor of Physics at Palermo University, and, since 2009, Professor at the Santa Fe Institute (United States). He is author of more than 60 referred scientific papers. His research is focused on the application of methods and tools of statistical physics to economic, financial, and complex biological systems.

Dozens of publications on risk management, including monograph Risk Management (Moscow, Finance and Statistics, 2001) officially recommended by the FCSM Russia for examinations on the certificate of financial consultant.

Olga Stepanova graduated from Economic Faculty of the Moscow State University in 2002 with a degree at General Economics. In 2004 she received M.S. in Mathematical Methods of Analysis in Economics from the Economic Faculty of the Moscow State University. Olga Stepanova worked in Market Risks Department of Russian Agricultural Bank for six years (since 2007 – as a head of the department). She has been working as a head of market risk department in NOMOS-BANK since 2011.

Alexey Lobanov is a Deputy Head of Bank Regulations Department at Bank of Russia. Alexey Lobanov graduated from the National Research University of Electronic Technology (MIET) and received Ph.D. in Economics, FRM, from the Institute of Economics at the Russian Academy of Sciences. He has been working in investments since 1997, and in finance risk management since 1998. Alexey received a 1.0. Qualification Certificate of Member of Global Association of Risk Professionals (GARP) from the Russian Federal Service for Financial Markets in 1999. He has been a member of the board of the Russian Operations of PRMIA since 2002. He is also a member of expert advisory board of Bank Institute at Higher School of Economics.

Lobanov is the author of more than 20 publications on financial markets and risk management analysis. As a professional, he is interested in market risk management, bank risk regulation, risk management in sovereign institutions, and investment project risk analysis.

Author of more than 35 papers in magazines and collected books.

Deputy Chief of the Prudential Supervision Methodology Department, Banking Supervision Directorate at the National Bank of the Republic of Belarus). Master of Economic Sciences, Assistant Professor of the Department of Banking of the Belarus State Economic University. Lecturer on «Banks and Risk Management Analysis». Author of more than 30 papers on risk management in magazines and collected books. Member of the Committee on risk management of the Association of the Belarusian Banks.