Perm Winter School is a community of bright students, forward-looking academicians, and innovative industry practitioners in the area of financial markets and latest financial technologies. Every winter the school's comprehensive program covers the latest empirical researches, theoretical models, and industry best practices. In 2021 Perm Winter Scool will be held online. 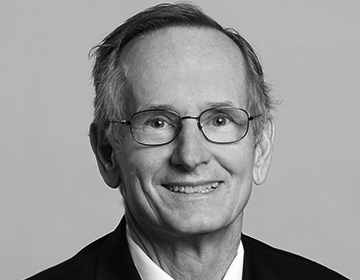 Albert "Pete" Kyle has been the Charles E. Smith Chair Professor of Finance at the University of Maryland's Robert H. Smith School of Business since 2006. He earned his B.S. degree in mathematics from Davidson College (summa cum laude, 1974), studied philosophy and economics at Oxford University as a Rhodes Scholar from Texas (Merton College, 1974-1976, and Nuffiled College, 1976-1977), and completed his Ph.D. in economics at the University of Chicago in 1981. He has been a professor at Princeton University (1981-1987), the University of California Berkeley (1987-1992), and Duke University (1992-2006). Kyle's research focuses on market microstructure, including topics such as high frequency trading, informed speculative trading, market manipulation, price volatility, the informational content of market prices, market liquidity, and contagion. His teaching interests include market microstructure, institutional asset management, venture capital and private equity, corporate finance, option pricing, and asset pricing. 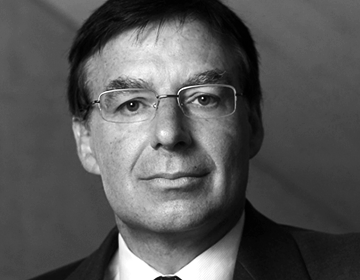 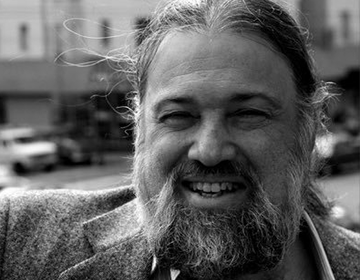 Widely recognized as the inventor of digital cash, David is currently leading Elixxir and Praxxis to provide scalable digital sovereignty. He is also known for other fundamental innovations in cryptography, including privacy technology and secure election systems. With a PhD in Computer Science from UC Berkeley, he taught at NYU Graduate School of Business and the University of California, led a number of breakthrough projects as well as founded the International Association for Cryptologic Research, the cryptography group at the Center for Mathematics and Computer Science in Amsterdam, DigiCash, the Voting Systems Institute, and the Perspectiva Fund. 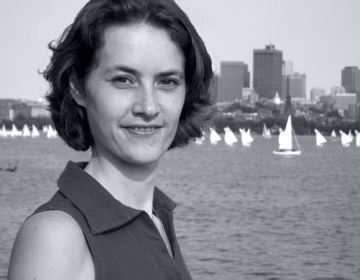 Anna Obizhaeva is Professor of Finance and Head of Master in Finance program at the New Economic School (NES) in Moscow. Before joining the New Economic School, she was an assistant professor of finance at the University of Maryland in the United States from 2007 to 2014. Professor Obizhaeva completed Ph.D. in Finance at the Massachusetts Institute of Technology in 2007 and earned her undergraduate degree in applied mathematics and computer science from Moscow State University in 2001. Professor Obizhaeva's research focuses on market microstructure, including topics such as market liquidity, transaction costs, information dissemination, price volatility, price manipulation, and optimal execution. Her teaching interests include market microstructure and asset management. She has won the prestigious Roger F. Murray Q-Group Prize (first place) for her work on market microstructure invariance. Professor Obizhaeva has been serving on editorial boards of the Journal of Portfolio Management since 2014 and the Russian Journal of Money and Finance since 2017. 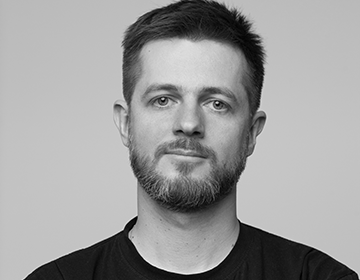 Sergey's dream is to make financial market better, faster, and more inclusive. For 18 years, he has been an industry professional, lecturer, author, and event curator, and he has served on the editorial boards of academic journals and as a member of expert councils. His contributions throughout his career have promoted best practices in financial markets and risk management. He has executed and supervised more than 100 large-scale system implementation projects. He is currently regional director at PRMIA Russia, associate professor at Perm State University, and a co-founder of Vlinder, an impact-tech platform for sustainable investing and direct carbon credits purchasing.

Santiago Siri is the founder and CEO of Democracy Earth Foundation, a Y Combinator-backed non-profit building incorruptible digital governance technology, an organization whose beginnings are rooted in his earlier - and still operational - founding endeavors Democracy OS, and Partido de la Red (the Net Party) of Argentina, the first digital political party that ran for elections with candidates committed to the digital will of the people. A college dropout who began his coding life as a game developer, Santi is also the co-founder of the Argentine Game Developers Association as well as founding, at age 18, the first Argentine company to export a videogame to international markets. He has been a member of the World Economic Forum since 2012, and is the author of Hacktivismo, published in 2015 by Random House. A TEDx Talker and a partner of Bitex.la, a leading bitcoin fintech company in Latin America, Santi is a frequent contributor on both radio and TV. He is an alumni of HackerNews, and was recognized by TechCrunch as the father of the first global citizen with a blockchain-based birth certificate. In 2017 Santi was named a 35 under 35 Visionary of the Year by MIT Technology Review. He was profiled by Wired Magazine in the August 2018 feature story, Meet Santiago Siri, The Man With A Radical Plan For Voting On The Blockchain. Born in Buenos Aires, Argentina, today Santi lives and works in New York City. 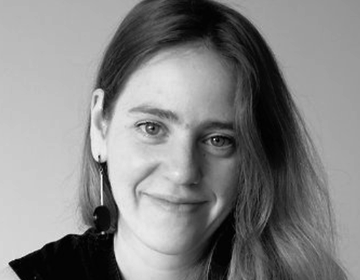 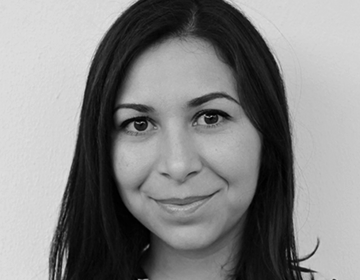 Eftimiya Salo is a Sustainability Specialist at Compensate responsible for project evaluation and selection, working closely with the Scientific Advisory Panel. Salo has a background in sustainability, climate change and environmental policy and law, and holds a MSc in Economics and Business Administration with a major in Corporate Environmental Management (University of Jyvaskyla) and a LLM in International and Comparative Law, with a major in Environmental Law and Policy (University of Eastern Finland). Her latest master thesis explored the feasibility of a domestic offset programme for reaching and going beyond the 2030 Effort Sharing Target in Finland. The legal environment is analyzed on the international, EU and national levels and the master thesis also addresses challenges to offsetting, such as double counting and ensuring additionality. Prior to working at Compensate, Salo has worked at international and intergovernmental organizations, including the European Chemicals Agency, International Renewable Energy Agency and the European Forest Institute. 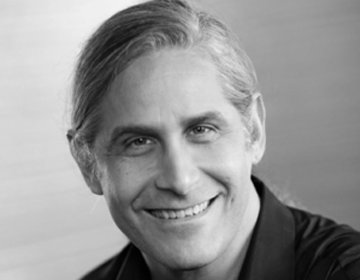 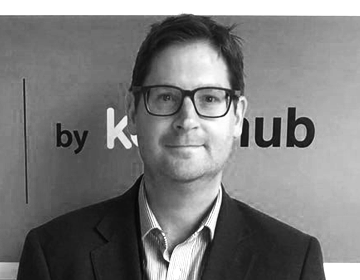 Stuart founded Babel Cover with a passion and determination to democratize insurance; returning the industry to its past principles through the lens of technological innovation. Stuart is an internationally recognised risk finance professional. He is an individual with a highly inquisitive and curious mind and is always willing to share and exchange experiences for the betterment of those around him. 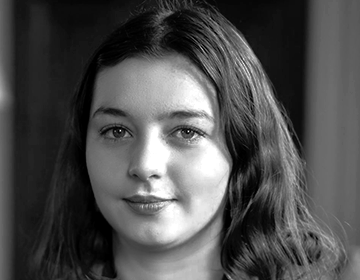 Dr. Irina Fedorenko is an academic and a serial green tech entrepreneur, working on nature-based solutions and based in Oxford, UK. She is a Chief Carbon Officer at Vlinder, a blockchain-based carbon offset company. Irina has completed her PhD in Geography and the Environment at the University of Oxford, during which she co-founded BioCarbon Engineering, where she led a mangrove-planting project by drones in Myanmar. Motivated by impact and the power of social entrepreneurship, she co-founded Kindness Collective, a social enterprise that helps women's farming cooperatives in India and Beta-Earth, which supports sustainable economic development in local communities. She manages the Caux Dialogue on Environment and Security, a programme of Initiatives of Change in Switzerland, focused on building bridges between policy-makers and entrepreneurs. 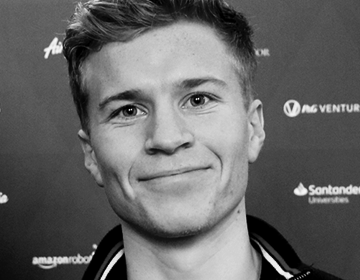 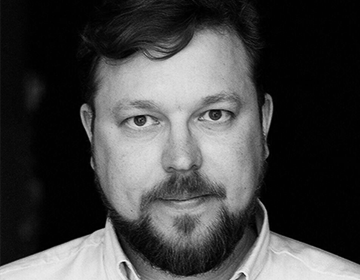 Andrey is the co-founder and CEO of IT companies that are developing new peer-to-peer traffic delivery technologies: Teleport, Pirate Pay and Zillion Data / Oppty. From 2011 the startups under his leadership got Microsoft and BVV seed funds, Skolkovo residentship, and clients over the world. As CEO and the President of BD of Teleport Global AG, created in the CryptoValley of Zug, Switzerland, for development of a blockchain-driven version of Teleport solution, Andrey aims to introduce a new type of decentralised CDN and an open marketplace where anyone can install NODR software, join the network, and receive NODR stable tokens in exchange for the bandwidth. 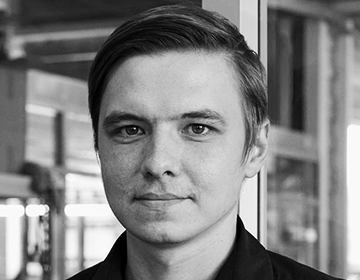 In 2015, Oleg Kivokurtsev and his partners founded Promobot, where he currently works as a Development Director. Today Promobot is the largest manufacturer of autonomous humanoid robots in Northern and Eastern Europe. Several hundred promobots are already working all over the world. In 2016, Oleg was included in the Forbes list of Top 30 entrepreneurs under 30 in the Industry category. In 2019, he was included in the Forbes list of the most promising Russians under 30. 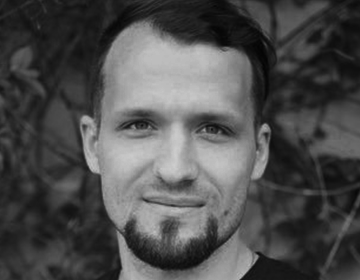 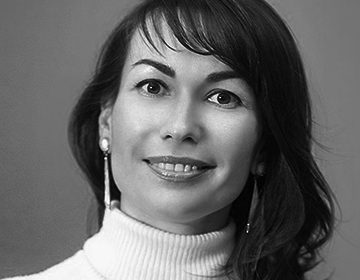 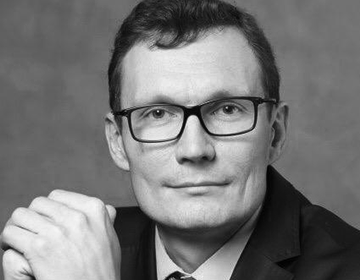 Judge, chairman of the judicial board of the Commercial court of the Perm territory. 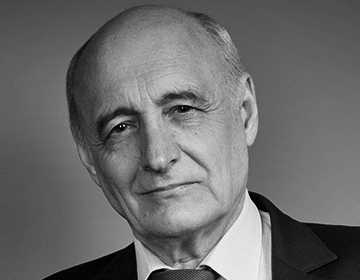 Leonid Yasnitsky is a professor at Perm State University and the Higher School of Economics - Perm. Professor Yasnitsky is the chairman of the Perm branch of the Scientific Council on the AI methodology under the Presidium of the Russian Academy of Sciences. He is known for his accurate forecast of the number of Russian gold medals at the Sochi Olympics. Leonid Yasnitsky and his colleagues have developed several applied intelligent systems for lie detectors, diagnostics of cardiovascular diseases, etc. In 2008 he was the first in Russia to use artificial neural networks to model the real estate market. Currently, his team is developing a self-adaptive intelligent system for mass assessment and forecasting of the market value of real estate in Moscow, St. Petersburg, Rostov-on-Don, Yekaterinburg, Nizhny Novgorod, Perm and other major cities in Russia. In 2020, he released his new article �Will there Be a New Winter of Artificial Intelligence?�. Professor Yasnitsky will answer this question at Perm Winter School 2021. 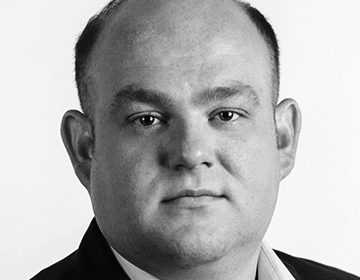 Alexander is a teacher and researcher. His scope of interest is organizational behavior control mechanism design. Alexander is head of the Risk management in civil engineering master program at the Perm Polytechnic University. 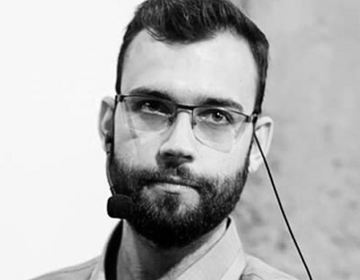 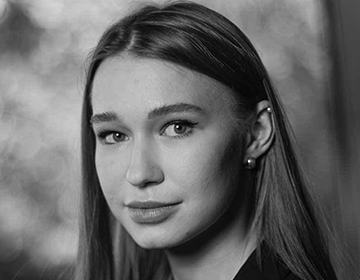 Anastasia Gracheva is a lawyer in the field of information technologies, a lecturer at the Department of Theory and History of State and Law, St. Petersburg State University. She is a co-organizer of the St. Petersburg branch of Legal Hackers, a non-profit movement that brings together specialists and enthusiasts from various industries to develop the field of legal informatics. She participated in research projects funded by the Center for German and European Studies of St. Petersburg State University and the Bielefeld University (Germany), the Skolkovo Foundation, the Russian Foundation for Basic Research, the National Research University Higher School of Economics. Anastasia's research interests are methodology of legal science; theory of argumentation; sociology of science and technology; Legal Tech and information law; AI & Law. 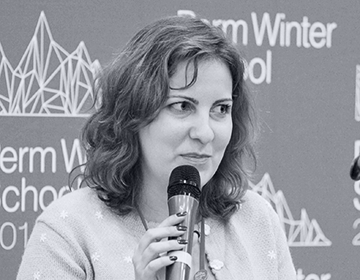 Olga Stepanova is the head of Basel implementation project in Russian National Commercial Bank. In 2002, Olga Stepanova graduated from the Economics Faculty , Moscow State University, with a degree in General Economics. In 2004, she received a master's degree in Mathematical Methods of Analysis in Economics from the Economics Faculty, Moscow State University. Olga worked in the Market Risks Department of Russian Agricultural Bank. She was also Head of the Market Risk Department at NOMOS Bank. 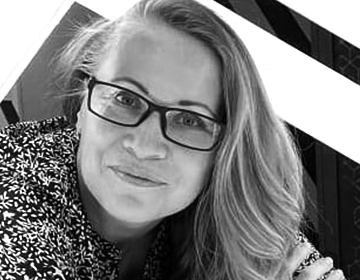 Galina Pastukhova graduated from Perm State Pedagogical University and worked for more than 15 years at the Department of Algebra and Analytical Geometry at the Faculty of Mathematics of this university. The main area of her interest is the application of various mathematical theories for solving arbitrary problems, the adaptation of the terminology of a particular theory to the problem. Since 2015, she has been Deputy Director for Science and Innovation at the Academic School of IT at PSU. Since 2017 Galina is the scientific and technical project manager of the predictive analytics system AWTOR. She is also Dean of the track "Artificial Intelligence in Photonics" at Archipelago 20.35. 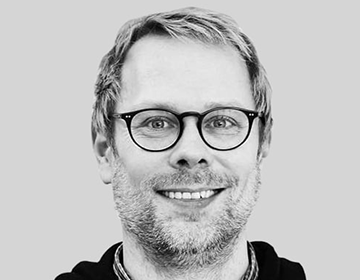 James B. Glattfelder is a researcher at flovtec, a Swiss technology company offering market-making solutions to token issuers and digital asset exchanges. He holds a M.Sc. in theoretical physics, a Ph.D. in the study of complex systems, and has worked as a quant for over a decade. James has authored books on economic networks and the philosophy of science and mind. As an entrepreneur, he began to take interest in the ecosystem emerging around decentralized ledger technology in 2015.

Humanity in the digital era

Blockchain beyond the cryptocurrency: Digital identity, privacy, and trust

From the current financial market infrastructure to distributed ledger systems

Life and death of market (in)efficiency

Risk culture: What? Where? When?

How mixed everything is: humanities, big data and data analysis

Theatre in the digital era

How to improve in-game marketplace

Team communications in the digital era

Is crowdfunding worth it? An evolutionary change in the global market for venture capital 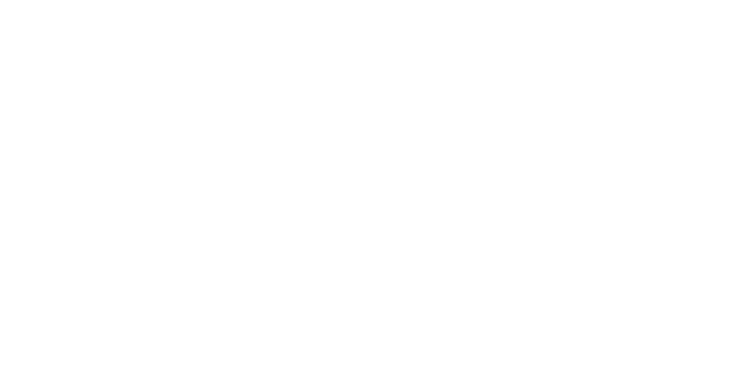